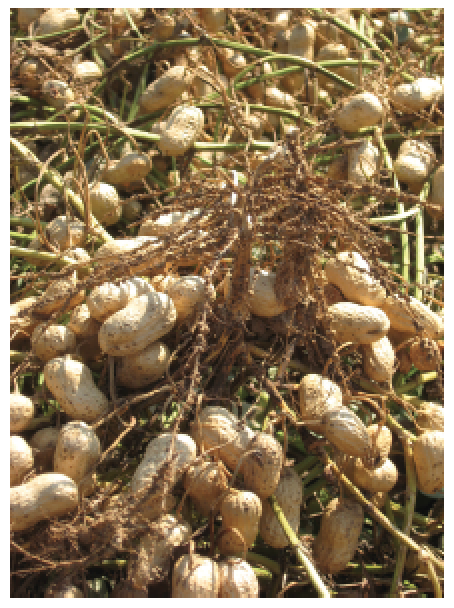 The peanut market is about as stirred up as a large jar of mixed nuts. Nationally, Congress is wavering on passing the Farm Bill. Trump continues to talk of unfair trade agreements and farmers are expecting retaliatory tariffs on farm products. Planting season was first facing a drought.

Then, it rained for three consecutive weeks delaying the planting of about 25 percent of the crop until after the crop insurance deadline.

Other market factors include that most farmers decided against signing the $400 to $450 per-ton contracts. Lots of peanuts have been planted with only the loan of $355 per ton as price protection. The price of cotton has made a run to more than 90 cents per pound, which was inviting to many producers and offered a rotation option.

In Argentina, farmers were plagued with the worst drought in 50 years and then at harvest came 20 days of rain and fog further damaging the crop and opening the door for U.S. sales to the European Union.

All the unknowns slowed peanut movement, and stocks have started piling up at shelling plants and in cold storage. Peanut stocks in April, the ninth month of the marketing year, were 3.78 billion pounds, up 41.6 percent over last April. The industry seemed to go to sleep waiting for something positive to happen.

Considerable acreage may have to be replanted in Georgia, Florida and South Carolina. Agronomists and farmers must decide whether it’s economically feasible to replant peanuts. Usually, June planted peanuts yield lower than those planted in May in the Southeast. Will the planted peanut acreage show a reduction enough to move the needle on carryforward?

Prices Stay Low
The first estimate by USDA indicates the 2018 crop will be down about 15 percent from last year after reducing acreage 18 percent. The earlier estimate of planted acreage is 1,537,000 acres.

On peanut disappearance, domestic food use continues up about 2 percent; however, exports are expected down about 8 percent. The market depressant is the growing carryforward, now up to 1,415,000 tons versus 1,360,000 tons last year.

The Price Loss Coverage (PLC) payment is in the back of the minds of peanut producers with a farm base. The average farm price of peanuts has been $464 per ton. USDA projected the PLC payment will be about $75 per ton. That only applies to 75 percent of the farm base.

Loan Inventory
Shellers are offering $400 per ton for uncontracted 2017 peanuts stored away in the loan. USDA would like for these loan peanuts to be redeemed and sold to the trade. USDA wants to avoid forfeitures. The volume is alarming and the 9-month storage period will soon be matured.

Domestic Market
Peanut usage in the U.S. keeps trending upward. USDA estimates another 2 percent increase this year after a 1.3 percent increase last year. Total edible peanuts were up 3 percent after 9 months with candy and peanut butter about the same as last year and peanut snacks up 10 percent. Government purchases were about the same as last year at 2.2 million pounds of peanut butter and 26,000 pounds of roasted peanuts.

Nutrition Big Plus
Extensive research by The Peanut Institute and others show that peanuts, peanut butter and peanut oil all help to prevent chronic diseases including heart disease, diabetes and cancer. Studies indicate a handful of peanuts eaten five or more times a week can cut the risk of heart disease in half.

There is a lot more: peanuts keep arteries flexible and help to prevent heart disease by lowering cholesterol. Peanuts and peanut butter can lower the risk of type 2 diabetes. The perfectly powerful peanut needs everyone telling the story.

Exports Market
For the 8-month period, August through March, peanut exports last year totaled 371,149 metric tons and in 2018 for the same period the total was 323,058 tons, down 12.9 percent. Global peanut production in 2018/19 is forecast down nearly one million tons to 44.6 million, as area harvested in the United States and Senegal is projected to decline. This third-largest peanut production on record would drop global stocks 23 percent.

Argentina, India, China and the United States are likely to remain the primary exporters. U.S. exports are projected to decline 8 percent, mainly on slowing demand from China, dropping U.S. exports to 544,000 tons.

Sources report the Argentine peanut crop is about 100 percent dug and 30 to 35 percent harvested. After the drought came about 15-20 days of rain, further deteriorating the crop increasing crushing stock. The crop estimate is now about 350,000 to 370,000 metric tons including birdfeed material.

Reasons For Optimism
Even with all of these unknowns, I am optimistic. The peanut crop is usually excellent in quality and if supplies could be reduced, prices would improve. Export prices have already increased and some farmer-stock contracts are trending upward. Congress is sure to pass a Farm Bill as the future of agriculture depends on it. Populations are growing around the world, and peanuts will help solve hunger problems.