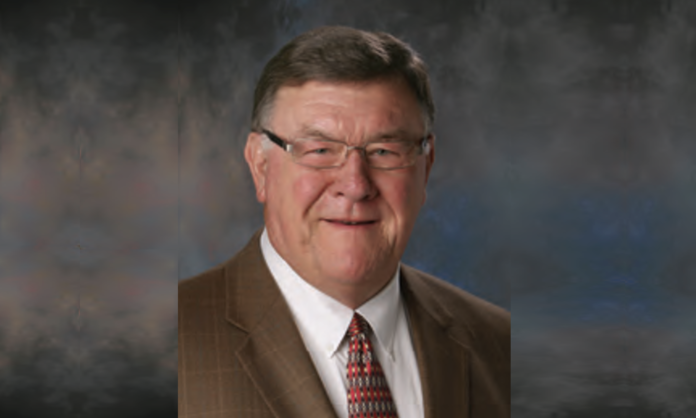 Midway through the 2022 peanut harvest, farmers are disappointed and worried about the future.

Tomato Spotted Wilt Virus was more prevalent this season than in the past decade. Rains were feast or famine in many areas, and at one point, harvest of dryland acres had almost shutdown until it rained.

The worry is how much this crop will cost and if there will be a profit when it’s over. Disease and insect pressure are present. Lower-than-expected grades and reduced yields chip away at any profits. 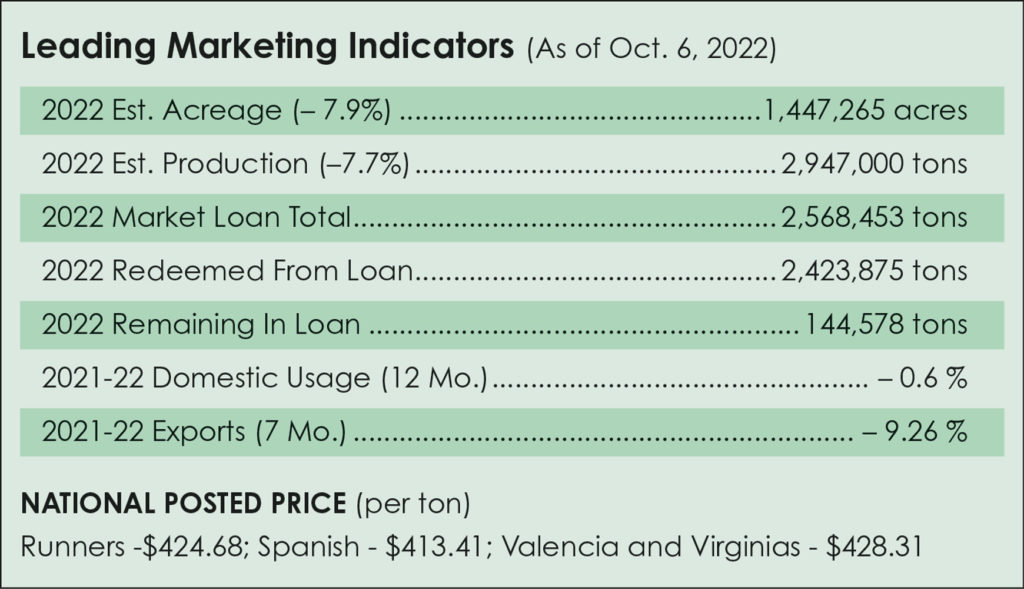 Although the U.S. peanut market remains relatively quiet, farmer stock offers jumped to $600 per ton for uncontracted tonnage. Most farmers had settled for $500 to $550 per ton in the spring as financial lenders wanted something on the books. The Virginia-Carolina region had supported $600 to $625 per ton early on.

The effective reference price for peanut is 27 cents per pound or $535 per ton. The higher of the loan rate (18 cents per pound or $355 per ton) or market price average ($486 per ton) is deducted from the reference price ($575 per ton). This equals a PLC payment of $49 per ton. This payment is applied to 85% of the peanut farm base. The U.S. Department of Agriculture Farm Service Agency will have verified prices and begun making a payment to farmers last month.

The year-long drought in the Southwest will increase abandoned acres, plus officials estimate that at least 40% of the Texas crop will see a big yield loss. Virginia has hit a dry spell just before harvest. Nationwide, drought has affected much of the 2022 crop.

The National Peanut Board tracks consumer trends and reports that taste, price and familiarity continue to drive consumer purchases. Another trend is consumers’ concern regarding their individual food and beverage choices impact on the environment. How the food impacts their health is still important, and snacking throughout the day has been an increasing habit. Peanuts and peanut butter are winners in these trends.

Peanut exports are down 9.3% January thru July 2022. Mexico and Canada continue to make major purchases. China’s purchases have declined during this period by 45% compared to last year. For other nations, the buying trend is good. During this seven-month stretch and compared to the same time one year ago, major buyers include The Netherlands (up 17%), Germany (up 53%), Japan (up 23%) and South Korea (up 75%).

The Chinese are buying from Argentina and Brazil for oil production. Prices for raw-shelled peanuts keeps inching higher. Chinese production has been hit with extreme weather, and the result on this market is unknown. Harvest in China occurs about the same time as in the United States.

Argentine prices are higher amid a reduction in acreage and because of drought. Brazil’s peanut production is growing and becoming a major player.

What about plans for peanuts in 2023? With cotton and corn at record levels last season, farmers were willing to delay some contracting and take that risk. It paid off this time with higher contract offers later. Production costs and inflation will influence farmers decisions on which crop to plant next season. With acreage cut 8% and fewer peanuts produced plus higher costs of inputs, the market for peanuts next season is anyone’s guess. PG

Everything From War To Weather Affecting Markets