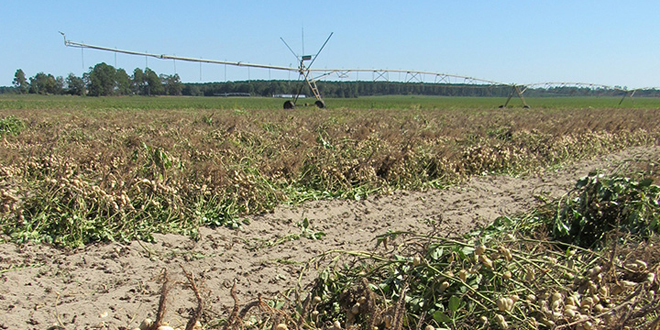 Production for peanuts in 2019-20 is projected by USDA to be up 3 percent to 5.6 billion pounds based on modest increases in intended planting and yield. The NASS Prospective Plantings report showed most peanut acreage gains are expected for Texas and Florida, where cotton acreage is down 23 percent.

The idea that cotton would bounce back to 80 cents per pound failed, and peanuts had little or no competition for land at planting time.

With moderate growth in production, increased use of peanuts is expected to continue to shrink ending stocks from their high 2017-18 level. Increases are expected for food use, crushing and exports, with prices remaining relatively flat at 21 cents per pound.

Average peanut prices have decreased to the lowest price in modern history and USDA has already lowered the 2018 market year average to $426 per ton after March prices dropped. The peanut reference price is $535 per ton and a projected PLC payment rate could reach $109 per ton, which applies to 85 percent of the farm peanut base, payable in October 2019 for 2018 crop. 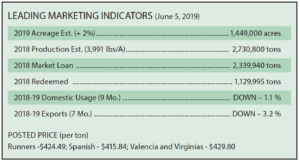 Peanut farmers are unsure as to how much assistance a farm might receive from losses caused by trade with China. The $16 billion trade package allowed peanut producers to be eligible for direct payments. In that same package, trade mitigation took out 5,391,360 pounds of peanut butter set for delivery under the Commodity Procurement Program in April, May and June.

The Ag Trade Promotion allocated $1.9 million to the American Peanut Council for export trade promotions in Japan, Columbia and the European Union for the next three years.

The recent passage of the Disaster Aid bill, delayed 237 days after Hurricane Michael, contains $19.1 billion but only $3 billion is assigned to ag losses. It is unknown how much, if any, peanut farmers might qualify for.

Tariff issues remain with Mexico and Canada, but the immigration issue could hurt trading. President Trump has also imposed tariffs on China’s imports and again, farmers are hoping for a deal to eventually sell their crops.

USDA/CCC offered to exchange bulk 2017 forfeited peanuts for commercial peanut butter. The 2017 peanuts totaled 121,684 tons and if CCC can find manufacturing capacity, those peanuts will be out of the system. The exchange only eliminated 46,390 farmer-stock tons. That means 75,258 2017 tons remain in warehouses and that does not reflect favorably on the peanut program. 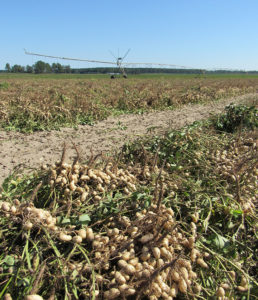 Getting rid of a large carry-forward in peanuts seems to be moving in the right direction. Peanut stocks are down 7.7 percent and edible stocks are down in all three types of peanuts. The gigantic increase in peanut butter usage was only up 7.2 percent, unlike last month’s 23.5 percent, but still positive.

Peanut snack usage is down 10.1 percent for the year and candy usage down 4.9 percent. The surge in peanut butter usage should continue as manufacturers plan promotions and more public promotion of vegetable proteins. Overall, at this point in time, peanut usage is down 1.1 percent.

For 2018-19, global peanut production is projected by USDA down 2 percent to 44.9 million tons. Crop increases for India and China are more than offset by reductions for several African countries.

Over half of the production in India and China is crushed domestically for the production of oil and meal. The global import growth of confectionery peanuts is projected at 1 percent for 2019-20, with the EU market being the top destination for imports.

Poor rainfall last year helped to slash India’s peanut crop by 29 percent. For 2019-20, Indian peanut area may bounce back by 6 percent to 5 million hectares, and provided the summer monsoon season is less erratic, peanut yields could rebound, too.

Indian peanut production would then be projected to recover to 5.8 million tons from the 4.7 million tons produced in their 2018-19 season, which would lead to more exports.

In China, market conditions for growing peanuts are stable. Although peanut prices in China are modestly higher than a year ago, the 2019-20 area is expected to rise only 1 percent to 4.6 million hectares.

Slow growth for area and yields is projected to raise China’s 2019-20 peanut production by 3 percent to 17.5 million tons. Domestic consumption may nearly match the output growth so peanut exports from China may expand minimally in 2019-20.

Hang In There
Farmers are covered with issues impacting prices from tariffs to disasters and it’s hard to keep up. But at least the hot, dry May gave way to some scattered showers in early June. With a little luck and hard work, maybe we’ll come out with a top-quality, profitable crop in 2019.