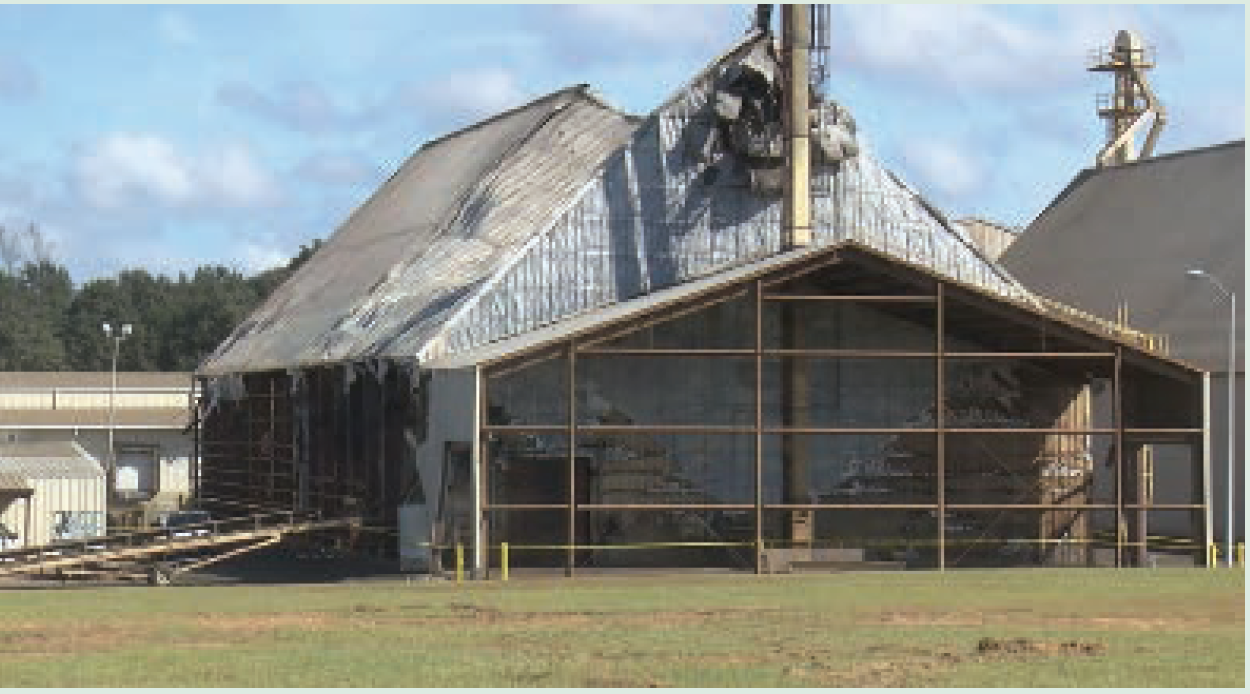 The 2014 Farm Bill expired on Sept. 30, 2018. Congressional leaders now face the task of finding a compromise that can be approved by both chambers in a lame-duck session after the mid-term election. President Trump must sign the bill by the end of the calendar year.

Rep. Mike Conaway (R-TX) says the impasse is bigger than one person or even a single issue. He’s not ready to concede, and there is talk of a one-year extension. However, time is running out for the negotiators. The House has adjourned for the rest of the campaign season, so a new Farm Bill can’t be passed until after the election, even if the negotiators could reach a quick agreement.

Conaway and Sen. Pat Roberts (R-KS), ag committee chairman, each said recently that their goal is to have a final bill ready by November to move through the House and Senate. The House is out of session until after the general election on Nov. 6.

In a show of unity recently, the chairmen and ranking Democrats on the House and Senate Agriculture committees emerged from a session together and posed arm in arm for reporters who were waiting outside. “I think we’re making progress,” Roberts said. “We’re in this together to get this thing done.”

I couldn’t agree more,” added Conaway. “Our staffs are meeting regularly, and that’s good.”
Roberts said they closed out three of the 12 titles – trade, credit and energy. Energy was the toughest of the three since the House-passed bill would eliminate that section altogether.

One of the fiercest battles is a dispute between Conaway and Roberts over a provision in the House bill that would end payments on base acres that have not been planted to a program crop for the past 10 years. The provision would save $900 million, which would pay for revising yield averages for farmers enrolled in the Price Loss Coverage program whom have experienced extended periods of severe drought.

Roberts said that cutting off payments for unplanted base would be unfair to farmers who get that money and run afoul of the planting flexibility introduced by the 1996 Farm Bill. Conaway argues that making payments on land that has been in grass for a decade is no longer justified.

For peanuts, all segments of the industry are united in maintaining the present peanut program for the next five years.

House Ag Chairman Conaway has said there are “deep differences” with the Senate negotiators over the conservation title, including the House bill’s elimination of the Conservation Stewardship Program. The savings from ending CSP would be used to fund other priorities within and outside that section of the legislation.

Sen. Amy Klobuchar (D-MN) added an amendment to the Senate bill in committee that earmarked $464 million over 10 years to maintain funding for USDA energy programs at the levels mandated by the 2014 Farm Bill and to reimburse dairy farms for premiums they paid into the Margin Protection Program from 2015 through 2017. The money came out of subsidies for cotton textile mills.

But the biggest problem continues to be the Supplemental Nutrition Assistance Program (SNAP) program work requirement, which would require recipients to register for work or accept a suitable job if offered, unless they are elderly, disabled or children. President Trump has said “work requirements are imperative” for the Farm Bill.

When a farm law expires, SNAP and crop insurance remain in operation and most farm subsidy programs would run for a year. Land stewardship programs are in limbo and trade promotion and international food-aid programs are supposed to be halted.

The United States, Canada and Mexico confirmed a new trade agreement, updating the North America Free Trade Agreement (NAFTA) and renaming it the United States, Mexico and Canada Agreement. This agreement, when approved by the U.S. Congress and the governments of the other two partner countries, will replace NAFTA. As of now, NAFTA is still in place.

U.S. peanuts, both processed and unprocessed, will continue to have duty-free access to both Canada and Mexico, as in the previous agreement. However, there were two changes in the new agreement that affect peanuts.
For Canada, NAFTA limited the amount of peanut products that could be processed in Canada and re-imported back into the

United States duty-free to the amounts allowed under World Trade Organization commitments. Under the new agreement, the tariff on processed peanut products imported over this quota amount will be phased out over a five-year period, but only for processed products made entirely from peanuts produced in one of the three origin countries (the United States, Canada or Mexico).

For Mexico, NAFTA specified that U.S. peanuts exported to Mexico could not be processed and shipped back into the United States without a duty of 131 percent. The new agreement eliminates this provision, with the same rules of origin that apply to Canada. This change is immediate once the agreement is enacted.

Changes In Response To Tariff Increases

The AMS will purchase known commodities first. By purchasing in phases, procurements for commodities that have been sourced in the past can be purchased more quickly and included in the first phase.

Additionally, the AMS will ramp up its vendor outreach and registration efforts. AMS has also developed flyers on how the process works and how to become a vendor for distribution to industry groups and interested parties. Additionally, AMS will continue to host a series of free webinars describing the steps required to become a vendor.

AMS maintains purchase specifications for a variety of commodities, which ensures recipients receive the high-quality product they expect. AMS in collaboration with FNS regularly develops and revises specifications for new and enhanced products based on program requirements and requests and will be prioritizing the development of those products impacted by unjustified retaliation.

The allocation for peanut butter is $12.3 million.

“Clint’s background and experience will serve him and the team well as they work to grow our Golden Peanut and Tree Nuts business,” said Greg Morris, ADM senior vice president and president, Oilseeds.

“He’ll be leading a great team, one that is passionate about their business and committed to its continued success. I’m excited to see the results as they work together to enhance efficiencies, accelerate growth and expand opportunities in the years to come.”

Piper joined ADM in 2007, and has served in multiple leadership roles, including commercial management positions in Valdosta, Georgia, and Kershaw, South Carolina Most recently, he was general manager of North American Cotton and Canola Risk Management. Piper holds an MBA from Millikin University in Decatur, Illinois, and a bachelor’s in business administration and management from the University of Nebraska-Lincoln.

Golden Peanut and Tree Nuts, a wholly owned subsidiary of Archer Daniels Midland Company, is a leading handler and processor of peanuts and tree nuts. With headquarters in Alpharetta, Georgia, the company has 13 processing facilities in the United States and one in Argentina. In South Africa, Golden is the majority owner of peanut processing plants in Hartswater, Hoopstad and Jan Kempdorp, and is 51 percent owner of pecan processor and marketer GPC Pecan S.A.

Before the hurricane changed some of the parameters of harvest decisions, plant disease was the driving force behind considerations to move up harvest a few days, according to University of Georgia Extension peanut agronomist Scott Monfort.

“A combination of rainy weather, persistent cloudiness and farmers’ inability to get into fields and apply fungicides this summer led to the condition for many diseases.” Monfort said, “We have isolated areas where disease got away from some farmers due to the weather. It’s going to hurt yield potential and grade.

“On average, we had about a 30 percent decline in peanut acres this time compared to last year,” Monfort said. “It probably would have been more like 20 percent if not for cotton prices reaching 90 cents and the rainy weather conditions that kept our growers from planting their full crop.”

Although it will be difficult, the reduced acreage and crop may help reduce oversupply and bring the need for rotation into focus.[divider]

One of the best ways to sell more peanuts is to bring a satisfied customer to America to experience the peanut harvest and watch the machines as the farmers dig, harvest and load peanuts for a trip to the buying point.

The American Peanut Council, who coordinates promotions abroad for U.S. peanuts, recently had a group of more than 40 Mexican manufacturers visiting McRae, Tifton and Douglas Counties in Georgia. Mexico is the second largest export market, behind Canada, and the fastest growing. The APC expressed appreciation to Texas Peanut Producers, Georgia Peanut Commission, the Peanut Institute, Premium Peanut and Golden Peanut for helping organize the September tour.

The Council has representatives in several countries coordinating a $3 million budget under the approval of the Foreign Agricultural Service of USDA. [divider]

Based on a mountain of research, the Peanut Institute, a non-profit organization supporting peanut nutrition research and developing educational programs to encourage healthful lifestyles, says that the peanut deserves superfood status.

Studies almost too numerous to count have found that the consumption of small amounts of peanuts or peanut butter has been associated with a reduced risk of cancer, heart disease and diabetes. In this year alone, new research has shown that those who regularly consumed peanuts had a lower risk for four kinds of cancer — breast, colorectal, esophageal and pancreatic.

“Studies conducted in the United States and around the world reveal that eating peanuts regularly helps prevent disease, improves life expectancy and delivers positive effects throughout the body,” says Samara Sterling, Ph.D., director of research for The Peanut Institute. “Peanuts qualify as a superfood because they’re nutrient-dense, delivering superior health benefits in a very small serving.

A one-ounce serving of peanuts, which is about a handful, contains seven grams of protein, 19 vitamins and minerals, bioactive compounds, healthy fats and fiber.[divider] 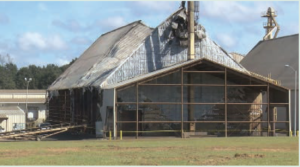 A peanut warehouse at Birdsong Peanuts in Sylvester, Ga. was recently destroyed by fire. Birdsong officials report that, fortunately, there were no injuries and the fire didn’t spread to additional warehouses or the shelling plant. The warehouse was a total loss in both structure and the 3,300 tons of farmers-stock peanut being stored.

Fire crews had to knock down one side of the warehouse to get inside the building but worked to extinguish it from both sides.

Although there is speculation that a fumigation process, which employs the use of aluminum pellets, may have been a part of the cause of the fire, the exact source of the fire is still being investigated. Fire is always a concern in warehousing peanuts.