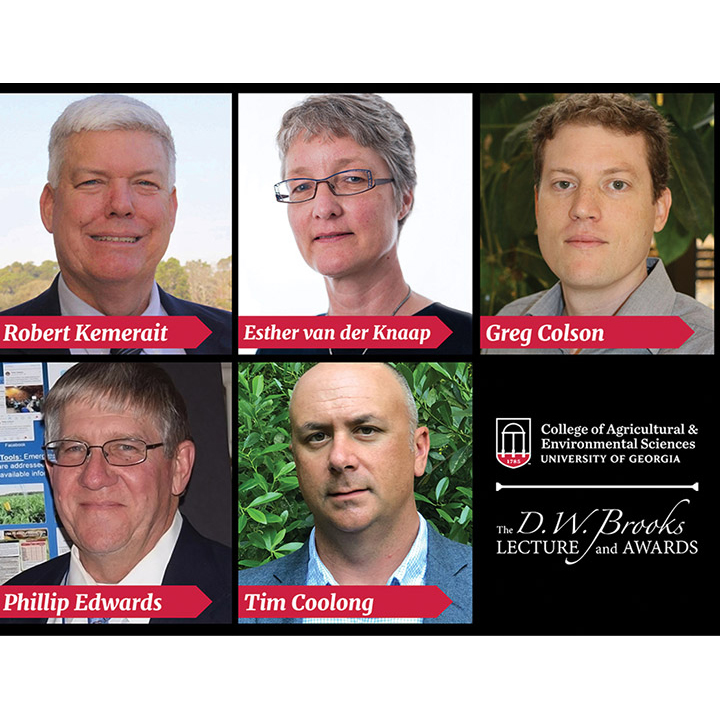 It’s time for producers to make their annual program selection and enroll in either the Agriculture Risk Coverage or Price Loss Coverage programs for the 2021 crop year. These key USDA programs help producers weather fluctuations in either revenue or prices for certain crops.

“Although commodity prices are starting to show a glimmer of improvement, recent depressed prices and drops in revenue compounded by the effects of the pandemic have seriously impacted the bottom line for most agricultural operations,” says Richard Fordyce, Farm Service Agency administrator. “Through safety-net programs like ARC and PLC, we can help producers mitigate these financial stressors and keep the ag industry moving forward.”

A group of peanut farmers filed an antitrust class action lawsuit in September 2019 against Olam Peanut Shelling, Birdsong Peanuts and Golden Peanut Co., who the producers say conspired together to reduce the price of runner peanuts.

A $50 million settlement was reached with Birdsong that resolves allegations that the company violated antitrust laws by conspiring to lower the value of peanut crops. Birdsong also agreed to cooperate with the farmers if the case continues. In return, Birdsong escapes liability and avoids risk and costs associated with continuing the case. Had the proposed settlement not been reached, the court was scheduled to hear both sides in a January trial.

In late 2020, the farmers reached a $7.75 million settlement with Olam Peanut Shelling Co. After Birdsong’s settlement, only Golden Peanut Co. remains as a defendant in the case.

Plaintiffs D&M Farms, Mark Hasty and Dustin Land sold runner peanuts to these companies. They alleged they and other peanut farmers were financially injured by the price fixing.

The peanut farmers filed their bid for class certification in September. By moving forward as a class-action lawsuit, it would avoid potentially hundreds of separate trials, which would be inefficient and wasteful.

The proposed settlement would include peanut farmers nationwide who sold runner peanuts to one of the three shellers between Jan. 1, 2014, and Dec. 31, 2019.[divider]

Alabama Governor Kay Ivey has announced that Golden Boy Foods, a leading manufacturer of private label food products, plans to invest more than $13 million in an expansion project at its production facility in Troy. The investment will create an additional 67 full-time jobs.

To expand peanut butter production, Golden Boy will modify its existing Alabama facility and occupy a 170,000 square-foot building being constructed by the city of Troy’s Industrial Development Board and leased on a long-term basis to the company.

The project calls for Golden Boy to install $13.3 million in equipment to expand peanut butter production at the Alabama site.

Troy’s industrial board is investing $12.5 million to purchase land and construct the building to accommodate the company’s growth plans.

“A key factor in selecting to expand the Troy facility has been the outstanding business relationship that we have shared with local and state officials since the inception of the plant in 2011.”

Golden Boy Foods is one of the largest manufacturers of private label and contracted manufactured nut butter in North America as well as a significant supplier of premium nuts, fruits and trail mixes to major North American retailers.

The company’s production sites in Georgia and Nevada were also considered for the growth project. The company last expanded in Troy in 2016 and has 112 employees.[divider]

Since Democrats held the majority in the House of Representatives, committee assignments have been taking place. Rep. David Scott (GA-13) will be the chairman of the House Agriculture Committee, the first African American to serve in this position.

The committee is empowered with legislative oversight relating to the U.S. agriculture industry, forestry, nutrition and rural development.

“I am honored to have been chosen by my colleagues in the Democratic Caucus to serve as chairman of the House Agriculture Committee,” he says.

Scott has served as a member of Congress and the House Agriculture Committee since 2003. He chaired the subcommittees on Commodity Exchanges, Energy and Credit as well as Livestock and Foreign Agriculture.

Scott played a key role in ushering through the past three Farm Bills, including securing critical disaster aid, strengthening the food and nutrition programs, and securing $80 million for new scholarships for students attending 1890 African American land-grant colleges and universities.[divider] 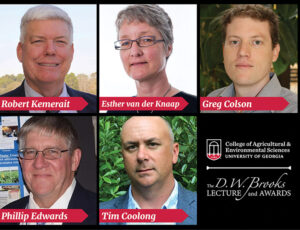 The University of Georgia College of Agricultural and Environmental Sciences held a virtual celebration of the D.W. Brooks Lecture and Awards. Five of the college’s most innovative and dedicated faculty members were recognized with the D.W. Brooks Faculty Awards for Excellence, the college’s highest honor.

Speaking at the event was Julie Borlaug, granddaughter of renowned American agronomist Norman Borlaug who led global initiatives that contributed to the extensive increases in agricultural production referred to as the Green Revolution.

During the lecture, Borlaug said that it is important to foster acceptance of all of the innovation available, both in developing countries and developed nations.

In the awards portion, UGA Department of Plant Pathology professor and Extension plant pathologist Bob Kemerait received the D.W. Brooks Faculty Award for Excellence in Global Programs for work he has done with small-scale farmers in Guyana, Haiti and the Philippines.

Another person working in peanuts who was honored was Phillip Edwards, Irwin County Extension county coordinator, who received the D.W. Brooks Faculty Award for Excellence in Public Service Extension. Edwards has conducted 139 applied research trials resulting in more than 50 state or national presentations and posters.

“We are delighted to honor these exceptional faculty members,” said Joe West, interim dean and director of CAES. “Each of them brings unique skills that strengthen our discoveries and dissemination of scholarly work through education and outreach programs. They exemplify the quality we strive for as a land-grant college.”

For information about the legacy of D.W. Brooks, visit dwbrooks.caes.uga.edu.