A Difference You Can See 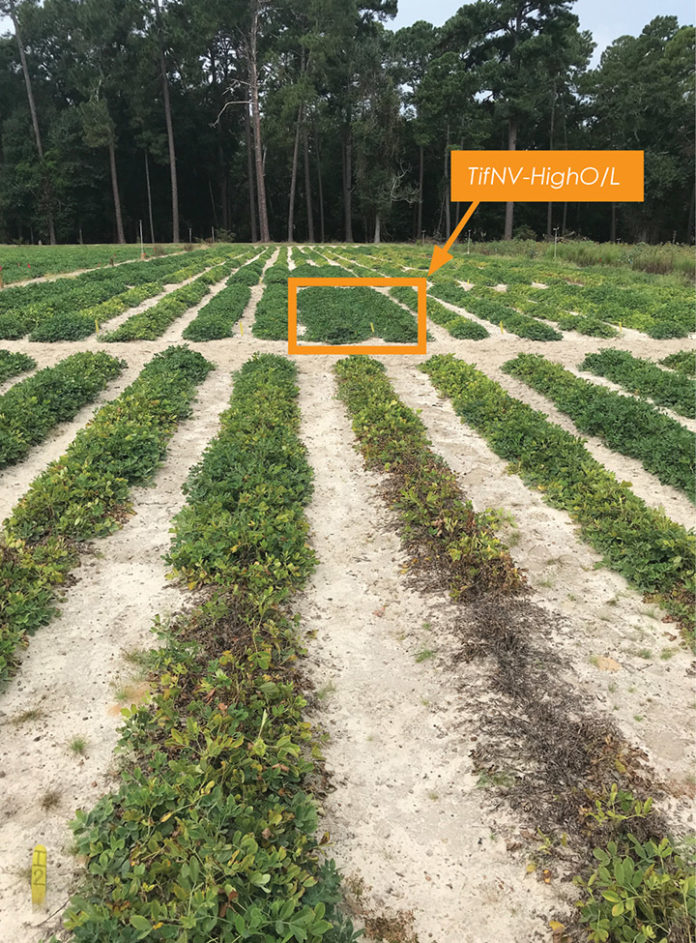 If root-knot nematode is the nemesis in your field, try resistance.

Research pathologists are often eager to share what they have learned in trials. Sometimes it is difficult to see the differences, which only come to light through the data. When producers can see a visible disparity in variety or treatment, it helps convey the message. After all, seeing is believing. When the plot trial reveals a dramatic difference between test subjects, the researcher is even more eager to share the results.

That was University of Georgia research plant pathologist Tim Brenneman last year with a nematode test in Tifton, Georgia. “I wish every farmer in the state with root-knot nematode could see that field. It is a very dramatic demonstration of what resistance can do.” 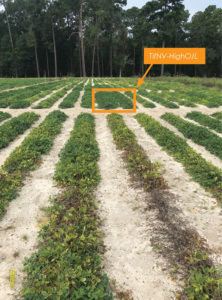 A Dramatic Demonstration Of Resistance

Brenneman was part of the cotton and peanut field day sponsored by the Georgia Cotton Commission, Georgia Peanut Commission and the University of Georgia in September. Although presentations were at the UGA Lang Farm where he had seed treatment trial plots, he invited everyone to a nearby farm to see the results of a nematode test.

The resistant variety Brenneman was talking about is TifNV- HighO/L, released by U.S. Department of Agriculture’s Agricultural Research Service peanut breeder Corley Holbrook. The variety has near immunity to nematodes, similar to Tifguard, with the high-oleic oil trait. It also has resistance to tomato spotted wilt virus.

The picture shows TifNV-HighO/L as flourishing green rows surrounded by clearly stressed or dead plants. Besides making a crop at the time, Brenneman says the benefits last beyond harvest.

“The long-term benefits of planting a resistant variety are greater than that of using a nematicide because you are reducing the number of nematodes in the soil. You are cleaning up the nematode problem and not increasing populations.

“I sample these plots every year,” he says. “Even with a good treatment, such as Telone or Temik, at the end of the season nematode numbers are still left in the hundreds. When you come behind that with a resistant variety, you almost always end up with numbers in single digits.”

Holbrook, who was also at the field day, spoke about two new nematode-resistant varieties that are in the pipeline: TifJumbo and TifNV-HG. One is long-awaited for those in the Virginia-type market.

“When Tifguard was released, growers began asking about a nematode-resistant Virginia-type variety,” Holbrook says. “I said we would make the crosses and see what happens.

“TifJumbo is the result of those crosses. Now we have a Virginia-type variety with nematode and tomato spotted wilt resistance that is also high oleic and will yield well under nematode pressure or under no pressure.”

TifNV-HG is a breeding improvement on TifNV-HighO/L with numerically higher yield and statistically higher grades. Both varieties are in foundation seed production, but there will be state trials producers can see to help them determine if they want to try these varieties when available.

Holbrook says what he is most excited about is some work that is ongoing with UGA plant pathologist Albert Culbreath.

“This project is a direct result of the peanut genomics initiative using marker assisted selection to rapidly develop new cultivars with high levels of late leaf spot resistance. Some of these lines are in a third year of testing. ”

The grower initiative has had a significant impact on peanut breeding, says Holbrook who works closely with Peggy Ozias-Akins, director of UGA’s Institute of Plant Breeding, Genetics and Genomics, and Ye “Juliet” Chu, a researcher in Ozias-Akins’ lab within the UGA horticulture department.

“Last winter, we analyzed 10,000 seed for 60 to 70 data points. We are now using marker-assisted selection for leaf spot, nematode resistance, the high-oleic trait, white mold, drought tolerance, and we are hoping for markers that will lower aflatoxin.

From The Roots Up