A Tale Of Two Crops 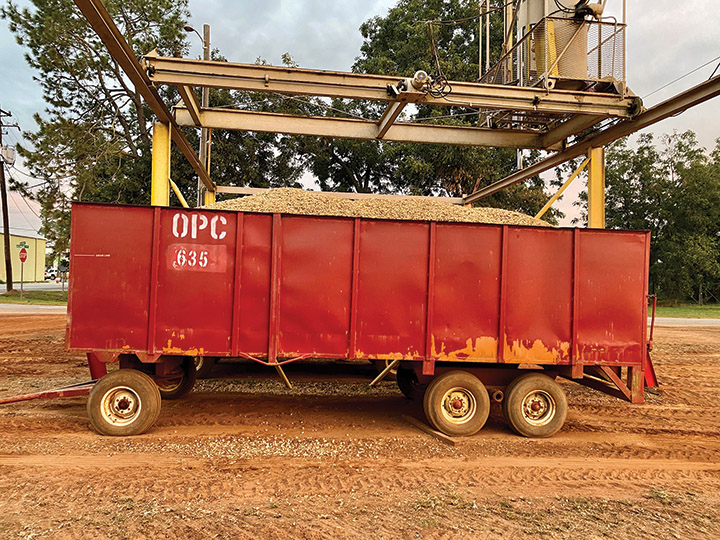 Demand increased for peanuts during the pandemic; cotton markets soured at first but are opening again. 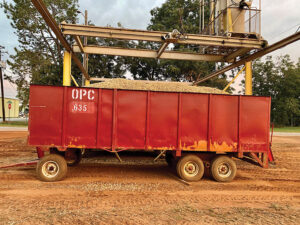 People expect two things in the late fall in the South: the smell of freshly plowed peanuts and cotton fields that resemble snow. Each year, farmers anticipate and prepare for unknowns, such as weather and industry changes; however, responding to a global pandemic was an unforeseen challenge for peanut and cotton farmers this past year.

Peanuts and cotton are rotational crops grown in most Southeastern states, especially Georgia.

“Most everybody has a three-year rotation of two cotton crops followed by a peanut crop,” says Michael Brooks, co-owner of Omega Farm Supply and Cotton Gin and Omega Peanut Co.

Brooks is one of the many South Georgia farmers who has had to navigate changes to the agriculture industry during the pandemic not only as a farmer but as a cotton broker and co-owner of a peanut buying point.

“This past year, many farmers tightened up their rotations of just one cotton crop in between peanuts but only because cotton prices had been looking bleak at that point. Things will be turning around in 2021,” he says.

Low or flat prices have been a common issue for peanut and cotton crops the past few years. Yet while much of the world slowed down because of the coronavirus, the pandemic created a high demand for the protein-packed peanut.

“We overproduced peanuts for the past three years and it was starting to catch up with us in the warehouses. We weren’t able to move the peanuts into the consumer market because the demand wasn’t high enough,” Brooks says.

When the pandemic started and everyone was stuck at home, peanut butter was in high demand.

Popularity for peanuts increased but cotton production came to a halt. Textile mills overseas shut down at the start of the pandemic and are just now resuming operations at full capacity. Brooks predicts cotton prices will increase as China looks to restock its cotton inventory. 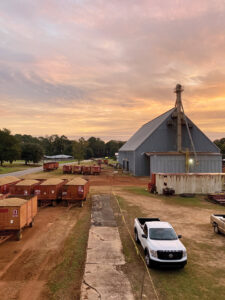 “China usually reserves 12 million to 14 million bales of cotton at a time. They’ve sold off their inventory and are looking to replenish it,” Brooks says.

Farmers want to produce a high-quality crop to meet the higher demand, but warm and humid conditions make producing a quality peanut more difficult. “We are always 10 days from a drought,” Brooks says, “Even after a flood, we need rain.”

The 2019 peanut crop suffered from high levels of aflatoxin, which contaminates peanuts in the field, during harvesting or while peanuts were in storage.

“Last year, 52% of peanuts out of storage as they made it to the shelling plant had a level higher than desired for toxin. This year, to my knowledge, I do not know of a peanut in a warehouse in Georgia or Alabama that has an aflatoxin problem,” Brooks says.

Peanuts are tested multiple times for aflatoxin. They are tested during the initial grading and inspecting process at peanut buying points, before the shelling process and before being turned into peanut butter.

The peanut industry faces many challenges from a producer and buying standpoint. The greatest challenge Brooks sees for 2021 is upgrading his peanut buying point that receives, cleans, dries and inspects peanuts to keep up with the farm advancements that have been made for harvesting peanuts.

“All of these buying points that were built in the 1970s were designed for two-row combines. These four-wheel wagons are almost useless in today’s farming environment at harvest time because now we have six-row combines and people are going to semi-trailers and semi-dump carts. A grower with a two-row machine could pick 8 acres a day in the ’70s and can pick 30 acres per machine per day now,” Brooks says.

He says servicing his customers with the same equipment, same elevators and same number of dryers presents challenges for the smaller buying point locations and deciding what changes can be made.

Despite struggles to keep up with advancements and the pandemic, Brooks is optimistic about the peanut and cotton industry.

“As a general rule of thumb, when industries are doing well inside the cities and when the Dow Jones is up, we are struggling on farms. When the Dow Jones falls and we are in any kind of a recession, agriculture does well. You have to rebuild the farm before you go forward,” Brooks says.

Article by Madison Thornhill, a University of Georgia graduate who worked at Omega Peanut Co. as logistics operations manager for the 2020 season. This article first appeared on the blog OurFarm2YourTable.